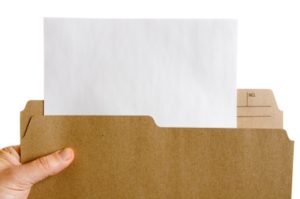 Prenuptial agreements, also referred to as antenuptial agreements or prenups for short, are agreements entered into before marriage that most often outline the ownership and division of property should a marriage end either by divorce or death of one of the spouses.  Prenups have commonly been associated with the ultra wealthy but that is no longer the case.  While it is a sad fact to face, the divorce rate is routinely reported to be around fifty percent.  No one decides to get married with the thought of getting divorced, but with such a high divorce rate, anyone facing the “I dos” should strongly consider whether or not they need a prenuptial agreement.

Prenups are a wise way to protect the assets that each spouse brings into the marriage in the case of separation.  However, prenuptial agreements are also a useful tool to protect one spouse from potential liabilities brought into the marriage by the other spouse, such as debt or interests in business ventures.  Prenups do not have to be initiated by the individual who has more assets either.  If you know that you will be sacrificing most or part of your earning potential for a period of time to raise children, by having a prenuptial agreement, you can protect yourself from this loss of personal income and create financial security.

A prenuptial agreement is also another method of estate planning.  An individual can limit property from becoming part of a marital estate, which is useful in cases of second marriages to ensure property passes to children from the first marriage.  Prenuptial agreements can complement an individual’s Will and need to be taken into consideration when drafting your estate plan.

Most states restrict or limit the use of prenups.  For example, prenups cannot include provisions regarding child custody arrangements.  In addition, prenups can be held invalid due to poor drafting, insufficient execution, and/or inequitable provisions.  To ensure that the document is valid, each soon-to-be spouse should be represented by a separate attorney.  Creating a prenuptial agreement is not the most romantic topic to discuss as a couple plans their wedding day, however, if it is something you are considering, the discussion should be broached early in the planning stages to allow for ample conversations, negotiations and resolutions.