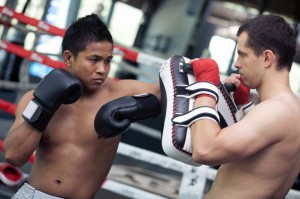 Since 2009, Frank and Jamie McCourt have been embattled in one of the messiest, public divorces. The McCourts were like any other couple. They met, fell in love, got married, and had four sons. However, along the way they purchased a major league baseball team, numerous homes costing millions of dollars and led an extravagant lifestyle. Now, after 30 years of marriage, “who gets what” continues to play out in the tabloids and mainstream media.

While the McCourts’ financial affairs are quite significant, and not typical of the average American couple, issues that are arising in their disputes can still provide valuable lessons.

Background in a nutshell

The McCourts were from the Boston area and made money in real estate. In 2004, they purchased the L.A. Dodgers and headed west to live in California. Once in CA, they purchased homes and land costing millions of dollars. Their lavish lifestyle extended to clothing, jewelry, travel and socializing. Both Frank and Jamie drew salaries from the Dodgers payroll – each at a couple million dollars. They are also claimed to have used money from the team to support their spending habits.1 In 2009, things turned sour and the couple separated. Frank fired Jamie as chief executive of the Dodgers and Jamie officially filed for divorce. Their disputes continue still today even after reaching a divorce settlement in June 2011. Frank seeks to have his spousal support payment reduced and the issue of the Dodgers’ ownership is still unresolved.

When couples get married they often do not own at the time their most significant assets to prompt signing a prenuptial agreement. However, depending what assets are acquired during marriage, individuals begin to worry about protecting certain assets in the event of a divorce or death. A postnuptial agreement is a marital agreement that is entered into after two individuals are married but in most states, they can be even more difficult than prenuptial agreements to hold valid and enforceable.

The McCourts did not own most of their assets at the time of their marriage and never entered into a prenuptial agreement. They did eventually enter into a postnup that ultimately gave ownership of the Dodgers solely to Frank and ownership of the family homes to Jamie. However, the McCourts’ postnup was held invalid because it was determined that the couple signed conflicting versions and never fully read the agreement.

While a postnuptial agreement might be a wise option for couples, you need to make certain it complies with state law to ensure the agreement will be upheld should it ever need to be enforced. Postnups typically have similar requirements to prenuptial agreements, but state law may require more in order for it to be held valid and enforceable. For example, in Minnesota, a postnuptial agreement must comply not only with the requirements of a prenup but also meet “…the requirement that it be procedurally and substantively fair and equitable both at the time of its execution and at the time of its enforcement…”2

Typically states require that both individuals need to be represented by different counsel to uphold a prenup or postnup but as we see in the case of the McCourts, individuals cannot solely rely on attorneys. In the McCourts’ case, there had been a drafting error with the postnup and the attorney attempted to swamp out the pages to correct the error. This ultimately led to the judge determining that both Frank and Jamie were not fully knowledgeable about what they were signing and held that the postnup was invalid.

Make sure you read your documents before signing – whether it is a prenup, postnup or Will. Do not completely rely on your attorney; if you do not understand what is in the document you are signing be sure to ask your attorney to clarify it for you until you are certain you understand.

Know the state you are in

Once the McCourts’ postnuptial agreement was held invalid, both Frank and Jamie were entitled to one-half of all the assets acquired during their marriage, despite how each asset was titled. Couples need to be aware of how their state handles marital property and the ramifications of such laws in the event of a divorce or death. If you and/or your spouse wish to own, protect and distribute property differently than what your state prescribes, you need to put an agreement in place, either before or after you are married, to provide such direction.

Not every couple that attempts to own a business together is doomed for failure. Actually, for some individuals, their spouse is the only other person with whom they trust to become business partners. But any time you mix business with family and personal relationships, you need to follow business formalities to avoid having personal disputes affect business operations and vice versa.

While I do not know all of the details of the Dodgers’ management structure, it does appear that the McCourts failed to properly implement policies to protect the business of the Dodgers. When business and personal relationships begin to mix, there should be a system of checks and balances to ensure the best interests of the business are always first and foremost. When one individual has more power or authority over another with whom he or she has a personal relationship, such as Frank McCourt had over Jamie, any disagreements between the two can escalate faster and greater than between strictly business partners. It is advisable to have agreements in place that outline the process for resolving disputes and to have a third-party to help oversee actions to avoid disputes from ever arising.

Caution when mixing pleasure with business

Another issue the McCourts face is that they failed to keep personal spending and business accounts separate. The McCourts risk having creditors, both personal and business creditors, attempt to reach assets that might not have otherwise been available to them. The McCourts are extremely leveraged, having borrowed money for most of their property. Creditors will want to be paid and will seek payment through any means available to them.

When we set up an LLC or trust for individuals and families, it is to protect assets and to limit their personal liability for certain matters. When individuals commingle funds, they lose that liability protection. It is important to follow the proper accounting for whatever is established to avoid the risk of exposure to creditors.

There are other lessons to be learned from the McCourts but I think most of them are what we heard from our parents growing up – “Play nice,” “Don’t spend beyond your means,” etc. The McCourt saga is truly a tragic story to follow. Yet as always, had they just been a little wiser, a lot of their headaches could have been avoided.