In May 2013, the Texas Supreme Court enforced a mandatory arbitration provision within a trust instrument in Rachal v. Reitz.  Since then, a number of legal commentators have suggested that there is a growing trend towards the recognition of such provisions in the probate context.  The issue is far from settled, however, and the underlying question remains unanswered in many jurisdictions, including Minnesota. 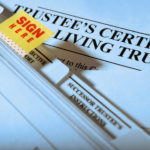 Arbitration is a form of alternative dispute resolution that allows for the resolution of disputes outside of the public court system in private and confidential proceedings. Arbitrated matters are heard and decided by an arbitrator – a neutral person or panel of person – who reviews the evidence and makes a decision that is binding on the parties.  The Rachal trust enforced a mandatory arbitration provision over the objections of the trust’s two beneficiaries, who had sought to enforce the trust instrument against the trustee.  The trustee moved to compel arbitration.

On appeal, the Texas Supreme Court enforced the provision based on its interpretation of the Texas Arbitration Act, which enforces “agreement[s] to arbitrate.”  In doing so, the court held that the term “agreement” is broader than the term “contract,” which is used elsewhere in the statute, because an agreement need not meet all of the requirements of a contract—only the element of “mutual assent” is necessary.  In turn, the court found, relying on the doctrine of direct benefits estoppel, that the beneficiaries were deemed to have agreed to the arbitration provision because they accepted the trust instrument’s validity.  Putting together these two threads of its analysis, the court upheld the enforceability of the instrument’s arbitration provision.

Other states have taken a different approach, however.  For example, in Arizona, California and the District of Columbia, courts have refused to enforce arbitration provisions in estate planning instruments because such instruments do not constitute binding “contracts.”  (It should be noted that the relevant Arizona and District of Columbia arbitration statutes referred to a “contract” instead of an “agreement to arbitrate.”)  Other courts, including those in New York, Pennsylvania, and Michigan, have refused to enforce such provisions on public policy grounds, reasoning that probate disputes—particularly where not all interested persons participate in, or even agree to, the arbitration—are not well suited for resolution by private arbitration.

But post-Rachal Texas is far from unique in its treatment of mandatory arbitration provisions.  Several states, including Arizona and Florida, have adopted statutes that specifically enforce arbitration provisions in estate planning instruments.  Further, legislation to enforce such provisions has been proposed in other states such as Hawaii, and courts in California and Michigan have, in more recently issued opinions, reversed prior precedent refusing to enforce such provisions.

Where does all of this leave Minnesota?  As in many other states, the issue here appears to be a matter of first impression.  To date, neither the state legislature nor the courts have offered any guidance as to the validity of mandatory arbitration provisions in estate planning instruments.  Absent such guidance, persuasive policy arguments can be made on both sides of the argument:  On the one hand, arbitration is often faster, less expensive, and affords greater privacy to litigants than traditional probate court litigation.  On the other, traditional litigation can bind non-participatory parties and may provide greater finality with respect to the resolution of disputes than private arbitration proceedings.

Putting aside such considerations, might a Minnesota court follow Rachal?  It is certainly possible.  Like the Texas statute, Minnesota’s arbitration statute enforces “agreement[s] to arbitrate.”  A party seeking to enforce such a provision in a trust instrument could, therefore, conceivably analogize the Minnesota statute to the Texas statute analyzed in the Rachal decision.  The question then would become whether a Minnesota court would apply the doctrine of direct benefits estoppel to the same extent that the Texas Supreme Court did in Rachal.  That is a question that can only be answered in litigation, and the end result might depend on the precise language used in the arbitration provision itself.  Even if the pro-enforcement argument were to prevail, a mandatory arbitration provision would still appear to be unenforceable where one or more of the litigants disputes the validity of the trust instrument or otherwise disclaims all benefits under the trust.

Therefore, from a policy standpoint, if Minnesota were to decide to recognize the enforceability of arbitration provisions in estate planning instruments, it would better for it to do so by legislative enactment rather than by judicial decree.  Among other things, the legislative process could more effectively address arbitration’s noted shortcomings in the probate context, including the due process and finality concerns identified above, and provide greater certainty to estate planners and their clients regarding the validity of such provisions.  To see an example of what such a statute might look like, the American College of Trust and Estate Counsel (“ACTEC”) has proposed model statutory language that is contained in its “Arbitration Task Force Report,” which can be found on the MSBA Probate and Trust Law Section web site.

In the absence of legislative action, it is only a matter of time before the Minnesota appellate courts are asked to address this issue.  In the meantime, however, uncertainty will likely to continue to serve as a disincentive to the use of mandatory arbitration provisions by Minnesota estate planners.