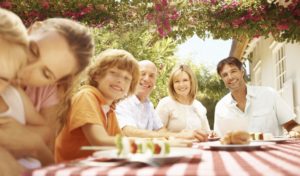 One thing I learned quickly after becoming an estate planning attorney is that there are often times when my clients’ wishes are not the same as what I would do in their particular situation. For example, the first few times I encountered clients who wished to disinherit their children for reasons more emotionally driven than practical (such as for tax purposes, disability, and/or spendthrift reasons), I struggled to understand their decision.

While I often state that no one is entitled to receive an inheritance, I could not relate to the desire to cut one’s own children out of their estate plan. Yet, overtime I accepted that while I can layout all of the various estate planning options available to clients that would be appropriate for their unique circumstances, in the end they may choose an option with which I might disagree. However, as long as I have conveyed to them all of the various consequences by picking each option, I know I have provided them with the necessary information to make their ultimate decision. With that being said, when one is considering to disinherit his or her child(ren) from his or her estate plan, they must understand that there might be some unexpected consequences to such a decision.

First, it is important that the parent properly disinherit their children under their state law. Under Minnesota law, a person needs to acknowledge the disinherited child under his or her estate plan to show that the disinheritance was truly intended rather than an oversight. If you have several children and list out all of their names under your estate plan but fail to recognize the one you want to disinherit, that child can claim that you just forgot about them and did not intend to actually disinherit him or her. Instead, the child should explicitly be acknowledged within your estate plan but with the caveat that you are intentionally not including the child in your bequests.

Places Other Children In An Uncomfortable Position

When you disinherit one or more of your children (the “disinherited children”) but leave assets to other children (the “recipient children”), it can place the recipient children in an uncomfortable position with their sibling(s). While the parent(s) and disinherited children may not have had a strong relationship, the siblings may have had a strong relationship all along. However, now that one or more children are being disinherited, it could cause a rift between the siblings and create lasting sibling tensions.

Additionally, it could put the recipient children in an awkward position of having to decide whether they should honor their parents’ wishes and uphold the disinheritance or whether they should go against their parents’ wishes and share the inheritance with the disinherited children. In a MarketWatch column recently, a reader posed this dilemma when he asked whether he should share his inheritance with his two disinherited siblings. The author asked the reader, “What do you think your father should have done?” and went on to state, “That will give you your answer.”1 However, I do not think it is that simple because again, it puts the recipient children in the position of having to choose between honoring his or her parents’ final wishes or potentially risking a fallout with his or her living siblings. Furthermore, if the recipient child does decide to share the inheritance, they then have to decide whether they should divide the inheritance equally or rather do they try to quantify what they think the disinherited children deserve.

Another unintended consequence of disinheriting children is that if the recipient children decide to share the inheritance with disinherited children, they are essentially making a gift to those individuals and might now have to report it as gift from his or her own estate. This may not be a significant issue with regards to any actual tax owed on the gift but there are expenses that are associated with the preparation and reporting of gifts that would be borne by the recipient children.

As I mentioned at the start of this post, the decision to disinherit children is one that ultimately lies with, and has to be made by, the client. However, I do encourage clients to thoroughly consider all of the consequences when making such a significant decision.

1My Father Excluded My Siblings From His Will, MarketWatch, February 7, 2015.