Designation of Standby or Temporary Custodian for your Child 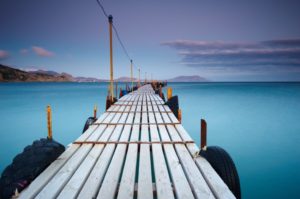 So, you and your spouse are finally ready to take that vacation to Mexico – without the kids. The flights are booked, your bags are nearly packed and thoughts of warm weather and a beach are in the forefront of your mind . . . as well as who will take care of the kiddos while you are away. Who will handle the kids’ schedules? Feed them? Watch over them? Take them to the doctor if they get sick? Who will have the authority to act on your behalf?

Thankfully, in Minnesota, a parent can designate an adult to serve as a standby or temporary custodian to care for the parent’s minor child for a period of time designated in a written designation. Parents can also name an alternate custodian, should the primary custodian be unavailable or unwilling to act.

In general, the standby custodian is a person(s) authorized to act for up to 60 days regarding the care and custody of your children and whose authority becomes effective upon some triggering event (like a vacation) listed in the designation.

A temporary custodian, on the other hand, is a person(s) designated to assume the duties of legal and physical custodian for a specified time up to 24 months.

Typical situations in which a designation of standby or temporary custodian is used include when parents go on an extended trip without the children, as highlighted above, or when a single parent is hospitalized for an extended period of time and the other parent is unable to care for the child.

For reference, if a parent has appointed a testamentary guardian of children by Will and there is a conflict between the designation in the Will and a duly executed standby custodian designation, the document latest in date of execution prevails.

If necessary, the designator may file a petition for approval of a designation with the court at any time. If a petition has not been filed with the court when the triggering event occurs, the standby custodian has temporary legal authority to act as custodian without the direction of the court for a period of 60 days. The standby custodian must file a petition for approval within that 60-day period in order to retain authority to act as custodian, if more time is needed.

If you are in need of a designation, be sure to contact an attorney in your area.