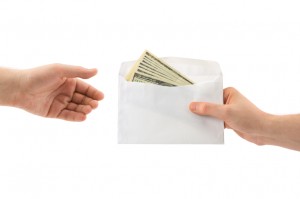 While an inheritance is often considered a gift by the recipient, from a tax perspective, there optimal ways to inherit a retirement account. From the language used to designate the beneficiaries to important IRS-imposed deadlines, the manner in which a retirement account is inherited can significantly affect its value. If you are the beneficiary of an IRA, it is important to understand the requirements and deadlines for withdrawals in order to avoid significant penalties.

The primary issue with retirement accounts is that the IRS wants to ensure that assets are withdrawn on a timely basis so that they can collect the income tax due on these tax-deferred assets. Typically, Required Minimum Distributions (“RMD”) from a retirement account must begin by April 1 of the year in which the account owner would have reached age 70 ½ (the Required Beginning Date or “RBD”). If the RMD is not taken by the account owner or beneficiary, then a significant penalty equal to 50% of the amount that should have been withdrawn will be imposed.

RMDs during the account owner’s life are determined by IRS tables based on the owner’s life expectancy. Upon the death of the original account owner (the “decedent”), RMDs are determined based on the decedent’s age at the time of death and his or her relationship to the beneficiary. Due to the various scenarios that may occur, the analysis below is categorized by the relationship between the decedent and beneficiary and whether the decedent dies before or after the RBD.

If there are multiple beneficiaries named, the first step should be for each beneficiary to establish his or her own “Inherited IRA” no later than December 31 of the year following the year of the decedent’s death. Assets that are continued to be held in an account with multiple beneficiaries past this date will be required to take RMDs based on the life expectancy of the oldest remaining beneficiary of the account. This treatment will result in younger beneficiaries not being able to maximize their available tax deferral.

A trust named as the beneficiary of a retirement account may be a qualifying or non-qualifying trust.

In order for a trust to be a qualifying trust, it must (a) be an irrevocable trust or have become irrevocable upon the death of the decedent, (b) be valid under state law, and (c) name identifiable beneficiaries. While the first two requirements are straightforward, the third can be difficult to decipher.   The beneficiaries of a trust that is expected to receive retirement account assets after the owner’s death should be individuals, rather than charitable organizations, estates, or other entities that do not have calculable life expectancies. In addition to the requirements stated above, the trustee must provide a copy of the trust or a list of the trust beneficiaries and their entitlements to the custodian or plan administrator by October 31 of the year after the account owner’s death.

A properly drafted trust also provides significant asset protection for the beneficiaries by empowering the trustee to delay withdrawals if the beneficiary is going through creditor, divorce or substance-abuse issues. The grantor may also impose employment or parenting requirements in order for a beneficiary to take withdrawals from a trust.

Upon a death, a retirement account can be the most significant and complex asset to administer. The IRS-imposed requirements and deadlines can seem like a difficult minefield to navigate through. However, with proper planning and beneficiary designations, the account owner can ensure that his or her loved ones will inherit the assets in the most timely and cost-efficient manner possible.

This article was originally published on mbc-law.com.