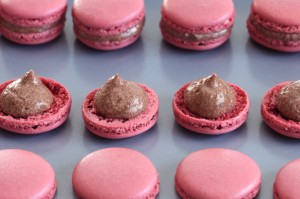 I have helped many people draft their estate plan documents and most have been traditional in the sense that they want to be “fair” to their descendants. If there is a spouse all goes to them, next to their kids in equal shares. Further, the testator (persons for whom the estate plan has been drafted) tend to leave their estate per stirpes. “Per stirpes” is Latin for “by representation.” For example, if a person has three children and leaves their estate to their “then living descendants, per stirpes,” but one predeceases the testator leaving three children of his/her own, then the testator’s other two surviving children will inherit 1/3 of the estate each while the deceased child’s children will inherit the other 1/3 in equal shares.

When drafting estate plans, I believe the testator should not necessarily feel obligated to give equally to family members. There may be several reasons to not do so, including:

Furthermore, financially well-to-do kids tend to do “good” with the money, instead of squandering an inheritance. Also, if it is known ahead of time within a family that bequests will or may not be distributed equally this may encourage children to visit, call, and provide other attentive services.

I think it is a great idea for the gifting person to explain their rationale to their children, as it tends to prevent battles later. If you are considering giving your children unequal shares but  are afraid that your decision will be misinterpreted or create friction between your children, discuss your decision and reasoning with them. In an open and candid discussion, you may learn that your children agree with you, or that your suspicions of potential arguments are confirmed. In the latter case, you have time for damage control.

The decision to give unequally is personal, and depends on the facts and circumstances in each family. Equal gifting remains popular and will most certainly continue to dominate wills and trusts. But with the modern family comes modern approaches to estate planning. Parents should not feel obligated to include anyone in their estate plan, be it grandchildren, great grandchildren, or even children, for that matter.

Bobbi is an attorney with SeilerSchindel PLLC. She works on a variety of transactional and litigation matters, including start-ups, business ownership contracts, real estate, estate and family planning, and family/matrimonial law. Upon stepping out of the office, Bobbi enjoys spending time with family — especially her two nieces – and friends. She enjoys playing tennis and attempting to golf, as well as antiquing, hosting foster dogs, and you might catch her at First Avenue on any given Saturday (or Tuesday) night. Bobbi can be contacted at bdahlstrom@seilerschindel.com. View all posts by Bobbi Dahlstrom