We have written here at Epilawg about a handful of tax topics, mostly related to estate or gift taxes. What has not been discussed is cancellation of debt (C.O.D.) taxation, which could have quite an impact on a person’s estate. 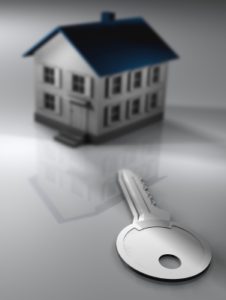 C.O.D. has come up quite a bit in recent years due to the mortgage foreclosure crisis. Many homeowners under the threat of foreclosure sometimes will opt to attempt a short sale or a deed-in-lieu-of-foreclosure to help avoid owing any deficiency between the price of the home and the amount owed on the original loan. By doing this, however, these homeowners open themselves up to C.O.D. So, many homeowners not only run the risk of losing their homes, but also owing thousands in income tax.

When homeowners modify loan terms significantly, that too will be treated as C.O.D. income. Significant modifications include a change in the interest rate of at least 25 basis points or a 5% change in the annual yield.

Thankfully, the Mortgage Forgiveness Debt Relief Act of 2007 (MFDRA) allows C.O.D. taxation on debt forgiven on a principle residence. The MFDRA has been extended through 2013. Secondary loans on a primary residence can also be exempt from C.O.D. taxation, but only if the money was used to improve the home; not to pay other bills. Investment and secondary properties are not covered by the MFDRA.

Exceptions and Exclusions to C.O.D. Taxation

Per the IRS, exceptions to C.O.D. taxation include, but are not limited to: gifts or bequests and cancellation of certain student loans. Additionally, debt cancelled by a bankruptcy is excluded from C.O.D. taxation.

For more information regarding whether you might be impacted by cancellation of debt taxation, consult an accountant or real estate attorney in your area.