When I ask family and friends what they want to happen to their bodies when they die there are two general responses: “I don’t care, I’ll be dead,” or “just cremate me and throw my ashes out the window.” (Thanks Dad for being so honest.) It’s likely that they actually do care and that they don’t really want to be burned and tossed. However, in the event that they really do, then they need to pre-plan for it! As a funeral director, I have had some odd requests, but had it not been in writing from the decedent I would have been hesitant to allow it. I won’t go into too much detail, but suffice it to say that there have been some interesting things placed in caskets for the journey into the afterlife. 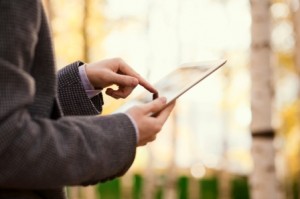 Our culture is inherently “death-denying”, and talking about death is a faux pas. Broaching the subject of death is hard for some people, and they couch terms in “maybe” or avoid talking about it all together. As a mortician, I wish it wasn’t that way, but we must work with what we are given. Hopefully I have helped answer some basic questions in this series of posts, but if you are still aching to ask more I recommend calling or dropping by your local funeral home. Most morticians don’t get visitors, so they will be happy to see you. Trust me. Plus, they love educating people about what they do and what options are available. Any conversations about work that happen outside of a recent death or cocktail party are generally welcome change for morticians.

Some of the most open conversations I’ve had about death were with people who were dying. I mean, really dying. One man came in to the funeral home to pre-plan for his funeral and he told me he had two months to live. I asked him if he was afraid. He said “no.” He wanted to help his family with the final arrangements so they had less to worry about. This was as much for them as it was for him because he found pre-planning to be part of his own death and grief process.

When we sat down to plan for his arrangements he knew what he liked, he ordered what he wanted, and he even wrote his obituary. (For those of you that haven’t done this, try it. It can be extremely therapeutic. Plus, if you write it, then it gives your family less leeway to leave out the important parts, or add colorful things that you’d rather not share.) Everything was planned. He had crossed his T’s and dotted his I’s. He wrote a check for the pre-plan insurance policy and left satisfied. He couldn’t stop from dying or control what was happening to his body, but he controlled how his funeral would look and feel. He also alleviated the emotional and financial stress on his family by paying for and planning the funeral down to the details.

His family came in several months later, and I sat down with them and went through what he had pre-planned. I explained to them that although he had written down his wishes, and had pre-paid for services, that they were under no obligation to follow his wishes or even to use our funeral home. The family seemed astounded at the idea that he went to all of the trouble, and even paid, and they could do whatever they wanted. Ultimately, they followed his wishes, as most families do.

Upon presenting the pre-plan, the family was surprised at some things and anticipated others. Some family members seemed upset that he hadn’t told them what he wanted while he was alive. That, maybe, in some way, he felt more comfortable talking about death with a stranger than with his own family. Maybe. However, they were all happy that he did pre-plan. They were happy that he put down in writing what he wanted because they were left in the dark about certain things.

Although he couldn’t experience the funeral as a corporeal being, it was everything he hoped it would be. As a result, the family was more at ease and they were allowed to grieve his loss without worrying about details of the funeral service.

So, given all of this, be sure to contact your local funeral director to discuss pre-planning for your death.

Jill M. Sauber is an associate attorney at Chestnut Cambronne PA with a focus on estate planning, elder law (asset protection, Medical Assistance, Veterans Benefits, long-term care planning), and litigation. She also represents clients in probate and trust administration. Her background as a licensed mortician prepared her to work with families during vulnerable times and difficult situations. She is committed to educating and counseling her clients, so they can make informed decisions moving forward. View all posts by Jill Sauber