This is a first in a series of posts discussing different aspects on the new statute, Minnesota’s Uniform Trust Code (UTC), which becomes effective January 1, 2016. While this series will be useful information for all Epilawg readers, it is geared towards those readers that are attorneys, fiduciaries and their clients.

At long last, Minnesota has a new trust statute—the somewhat confusingly titled Section 501C of the Minnesota Statutes—which is also commonly referred to as Minnesota’s Uniform Trust Code (UTC). While the statute originated as an exercise in defensive drafting intended to stave off whole-sale adoption of the Uniform Trust Code (from which the new statute is partially derived), more than four and a half years later, the new statute’s drafters and proponents are excited about its enactment and what it will mean for Minnesota estate planners, clients, and fiduciaries when it takes effect on January 1, 2016.

The new statute codifies, in substantial part, existing Minnesota trust law, but it does make some important substantive and procedural changes that attorneys and clients alike should be aware of. This series does not seek to explore all of those changes (or additions) to the law—which one can reasonably expect will be fodder for many articles and blog posts over the next year—but rather focuses on several changes that will either have a direct effect on Minnesota trust litigation or otherwise implicate common litigation or risk management-related issues. 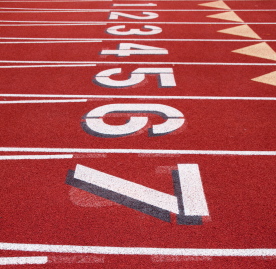 One of the most noteworthy changes in the new statute is the addition of an in personam jurisdiction option. Prior to the UTC’s passage, Minnesota had been one of the few states that used in rem jurisdiction exclusively in trust litigation proceedings. Under the new statute, parties to a trust proceeding will be given a choice between proceeding in rem or proceeding in personam. Their choice may depend on the nature of the trust and the interests of the parties.

In rem jurisdiction is binding on any current or future claim to the property, which allows for peace of mind upon entry of a final order. Minnesota law, however, requires that in rem proceedings be commenced by publication, which may deter parties who put a premium on personal privacy. Despite this drawback, in rem jurisdiction will likely remain the preferred option for trusts with multiple beneficiaries because it still provides the cleanest and most certain way to comprehensively avoid future disputes or claims. In addition, it remains under the new statute the only option for a party who wishes to submit the trust to the court’s continuing supervision.

While not so comprehensively binding, in personam jurisdiction—think back to the first year of law school, International Shoe, and the analysis of a defendant’s “minimum contacts” with a particular jurisdiction—does away with the need for publication. Individual service of process removes the need for public notice. Unlike an in rem proceeding, however, an in personam proceeding will not bind an interested party who was not given a chance to appear or be represented. This may be of particular concern with respect to a trust with a large number of beneficiaries or with unascertained or undetermined beneficiaries, as it may be difficult to identify and serve process on every interested party to the proceeding.

While in personam jurisdiction’s reach may not be as complete as in rem jurisdiction, it is broadened under the new statute by the simultaneous adoption of an expanded version of virtual representation, which allows an agent to stand in for a principal, a fiduciary for a beneficiary, and a parent for a child. In certain circumstances, an unrepresented party will even be bound if his or her interest is substantially identical to a party who participated in the proceeding. Notwithstanding the broadening effect of these virtual representation provisions, in personam jurisdiction will still likely be better suited to, and more commonly used with, trusts that value privacy, have fewer beneficiaries, and no need for continuing judicial supervision.