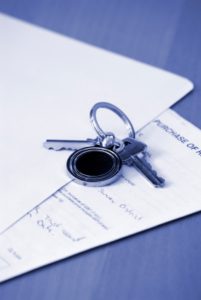 DWI’s are much more common than you may think. In fact, someone within your group of friends and/or family likely has a DWI, even if you don’t know about it. And let’s be clear, getting a DWI doesn’t make someone a criminal or even a bad person. In all likelihood, it was a mistake, a bad decision. And, remember – don’t judge, because you never know what kind of battle someone may be fighting.

In Minnesota, DWI’s lead to serious criminal and collateral consequences – with the latter rarely recognized until you’re dealing with it yourself.

Criminal Aspects of a DWI

Depending on the alcohol concentration level, how many priors the individual has, and whether there were children in the vehicle, a DWI can lead to one of the following:

If convicted, the penalties vary from time in custody, house arrest, to community service. Sadly to say, there will most likely be a hefty fine. In addition to that, a requirement to complete an alcohol assessment and to follow recommendations – such as a driving with care class or outpatient program, and a lengthy probationary period in which the individual has numerous conditions of probation to abide by (not to mention a probation fee of a couple hundred dollars).

If I am charged, what do I do now?

Just because a person is charged with a DWI, though, doesn’t mean they are guilty. A common question I often hear is “why shouldn’t I just go in and plead guilty at the first hearing?” The answer is simple – there are a number of things an individual can do that can provide one with a more favorable outcome.

First and foremost, it is the State’s burden to prove beyond a reasonable doubt that the person is guilty. What does this mean? This means that the State will have to take a number of steps to prove the convicted person’s guilt. On top of this, with the guidance of a good DWI attorney, legal motions, and the various possible defenses that can be raised on the individual’s behalf, the outcome can be a better plea deal or even a dismissal of the charges.

Second, taking a proactive approach to completing certain things that are commonly required of a person following a conviction can lead to a better plea deal – perhaps a careless driving conviction instead of a DWI.

For purposes of this blog, let’s assume the individual is convicted. In addition to a combination of the criminal consequences detailed above, there are a number of collateral consequences that, frankly, are almost more penal.

To begin with, the individual will lose his or her driving privileges for as little as thirty days or as long as several years – again, this is all based on each individual circumstances. Under a very few select instances, that individual can drive with a limited license – i.e. a work permit – which allows them to drive to and from work essentially. In all other cases, the only way the person can drive is if they get their vehicle equipped with an ignition interlock device, which requires the person to blow into a machine to assure they are sober before the car is even turned on and then requires continual re-checks every so often while the car is moving. Not only is it a pain in the you-know-what, but it’s also expensive – around $100 per month.

It is not just the individual who was operating the vehicle who can be penalized. If it turns out that individual is not the owner of the vehicle, the actual vehicle owner may have to turn in their license plates and get special registration plates – a.k.a. whiskey plates. In some instances, the vehicle may even be forfeited to the State.

In addition to license revocation, the individual will likely have their auto insurance terminated because a DWI conviction is deemed a major offense. And, the criminal record can and will be used against the individual by current or prospective employers or landlords. It can and has led to people losing their jobs or making it so an individual will have a hard time renting housing.

So what have we learned? You lose your driving privileges, your auto insurance, and possibly your plates and vehicle. You may even lose your job. This doesn’t even include the expenses associated with a DWI: fine, probation fee, assessment and any programming, ignition interlock, new plates, new license (which includes a $680 reinstatement fee), and increased insurance premiums. See what I mean when I say the collateral consequences often are much more impactful than the criminal consequences?

Before going – if you are facing DWI charges, do not be embarrassed. It was a mistake. You are not a criminal. There are steps you can take now to not only help ensure this is a one-time mistake, but also to properly defend this case.

One thought on “DWI’s – The Devastating Impact on the Defendant”