There are a few items we wanted to remind you about as we wrap up the end of the year and look towards 2014. In no particular order they are: 1. Don’t forget that Minnesota has a gift tax! This gift tax applies to anything given over $1 million in a person’s lifetime (excluding gifts […]

The tax code is riddle with nuances. Some of these nuances are beneficial to clients, others can be frustrating. Recently, I had an estate administration client come to me with a letter from the Minnesota Department of Revenue stating that a decedent’s property tax credit was being adjusted to $0.00. Unfortunately, the letter failed to site […]

In May 2013, the Texas Supreme Court enforced a mandatory arbitration provision within a trust instrument in Rachal v. Reitz.  Since then, a number of legal commentators have suggested that there is a growing trend towards the recognition of such provisions in the probate context.  The issue is far from settled, however, and the underlying […]

December 5, 1901 – December 15, 1966 It has been forty-seven years since Walt Disney passed away. The mastermind of the Disney empire, bringing you the lovable characters of Mickey Mouse, Snow White and more, passed away of lung cancer before he could see the completion of the famous Walt Disney World in Orlando, Florida. […] 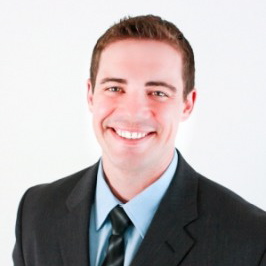 Name: Chris Hiestand Employer: Excelsior Wealth Management Position: Owner and Independent Financial Advisor Location: 3800 American Blvd. West, Suite 1500, Bloomington, MN 55431 Education: Finance Degree, Series 7 and 66 Certifications, Certified Divorce Financial Analyst How long have you been in your career field? 8 What led you to work in this area? I have […]

This post is mainly intended for Minnesota probate attorneys, however, we hope that all readers learn from it. The day of the electronic court record has come to Minnesota. Unfortunately, the path to e-filing feels like the road less traveled. The revolutionary movement of the state court’s transition to e-filing has come with its challenges. […]

I love this article by Deborah Jacobs because it brings to the forefront some important reasons to talk about estate planning. Plus, with all of the family gatherings this holiday season, the article is timely written. Everyone (well, almost everyone) has heard a horror story about an estate administration gone wrong. The once cohesive and happy family […]

On this day of thanks, we wanted to remind you about the various opportunities for giving. Many of our clients have a philanthropic intent but just do not know exactly how to, when to, and how much to give. Maggie Green wrote about incorporating philanthropic education into your estate plan even after you pass away. […]

If you have a young adult child coming home for the holidays, the Thanksgiving table might serve as a good opportunity to talk with them about estate planning.   While most young adults do not own property or have children that may necessitate a Will, two major estate planning documents are often overlooked by young people […]

May 29, 1917 – November 22, 1963 Today marks the 50th anniversary of the assassination of John F. Kennedy. For the past few weeks, news outlets have been recounting the events surrounding November 22, 1963 and the aftermath of that day. The death of JFK wasn’t the first tragedy that the Kennedy family had suffered […]