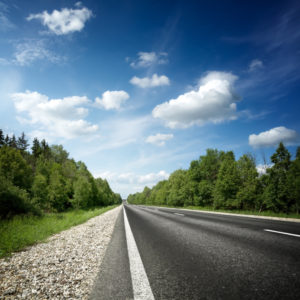 At some point in your life, you’re bound to get a traffic ticket – most likely a speeding ticket. If you are smart (and lucky) enough to avoid this, take a bow. But for the rest of us, what to do next may be an unknown. So here is a quick article that can hopefully guide you through the process the next time you are cited for a traffic ticket.

You have two options: (1) pay the fine or (2) schedule a hearing date with the hearing officer to hopefully negotiate a favorable resolution.

If you pay the fine, you are pleading guilty and it will go on your driving record. The biggest downside to this is that your insurance premiums will likely increase for the next 3-5 years after the moving violation goes on your record. And, worse yet, some moving violations qualify as a “major violation” (e.g. speeding in excess of 25 mph), which would serve as a basis for the insurance company to terminate your coverage at the end of its term.

And if you run into a string of bad luck on the road, 4 moving violations with a 12-month period results in your license being suspended for 30 days. Given this potential outcome, you can understand the importance of exploring all options to keep a violation off of your driving record. As a result, when you get cited, you should be sure to make the scheduled court appearance on the bottom of your citation or be sure to schedule one immediately.

Thankfully, most moving violations are negotiable. And there are a number of resolutions that would be considered favorable.

Continuance for a Dismissal

A continuance for a dismissal (commonly referred to as a “CWOP”) is an agreement with the prosecutor to suspend the prosecution for a specified period of time – typically one-year – and you agree to pay prosecutions costs and cannot have another moving violation over that year. If you successfully do so over the year, the case is then administratively dismissed. The amount of the costs is negotiable. But, you should expect to pay in excess of the fine amount. After all, you are paying for the right to keep this off of your driving record. Typically, this result is reserved for individuals that have a good driving record.

This is a rare outcome for moving violations, but a possibility. It is a plea agreement where you admit to the offense, but the guilty plea is never received into the record – meaning you are never adjudicated guilty. And if you pay prosecution costs and don’t get another moving violation for one-year, the case is dismissed.

Plead to a Non-Traffic Offense

As a last recourse, you may ask for an opportunity to plead to a petty misdemeanor non-traffic offense – such as public nuisance. A petty misdemeanor is not considered a crime under Minnesota law. And because it not a traffic offense, it will not go on your driving record or impact your insurance. Again, you can expect to pay a higher fine for this resolution. But, if you are at risk of losing your license or facing a major violation, this outcome would be a positive resolution given the circumstances.

If negotiations do not work – maybe because your driving record doesn’t warrant one of the resolutions above or the prosecutor is taking a hard stance – you can always push the case to a court trial. A court trial is before a judge and the State must prove beyond reasonable doubt that you committed the traffic offense. Worst case, the judge finds you guilty and orders you to pay the fine. Best case, the Officer may be unavailable, resulting in a dismissal, or the Officer does not testify well to your benefit. And by being unafraid to push it to trial, you may get a better offer from the prosecutor too.

If you are cited with a moving violation, take the time and effort to negotiate a resolution that allows you to keep your driving record clean. A traffic ticket attorney can help you through this process and is a skilled negotiator to get you the best possible resolution.