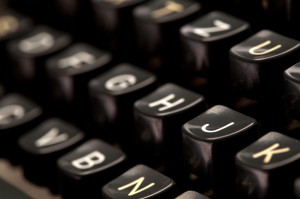 We’ve written before about prenuptial agreements (“prenups”), which are agreements entered into by a couple before marriage that most often outline the ownership and division of property should a marriage end either by divorce or death of one of the spouses. In previous posts, Jen Santini provided a general overview of prenups and Erika Rosenhagen discussed myths surrounding prenups.

In this post, I’ll discuss the basics of postnuptial agreements (“postnups”), which are very similar to prenups, except that the agreements are entered into between spouses after the marriage has occurred. In general, postnups can determine all matters that may be determined by a prenuptial agreement, except that it may not determine how child support or child custody would be handled of any child of the spouses.

Why Have a Postnup?

There are a few reasons why a married couple would enter into a postnuptial agreement. One main reason would be if they were looking to amend or revoke a prenuptial agreement. In order to do either, a postnup would have to be signed.

Another reason many married couples create postnuptial agreements is to help remove a source of disagreement over finances and assets. Additionally, another reason to create a postnuptial agreement is when the financial status of either spouse changes after their wedding. These changes could be because of a large windfall of money or other property to one spouse through inheritance or selling a business, as examples.

Keep in mind, under Minnesota law, a postnuptial contract is presumed to be unenforceable if either party commences legal separation or dissolution within two (2) years of the date of its execution, unless the spouse seeking to enforce the postnuptial can establish that the agreement is fair and equitable.

Finally, like prenuptial agreements, a postnuptial must be in writing, executed in the presence of two witnesses and acknowledged by the parties, and notarized.