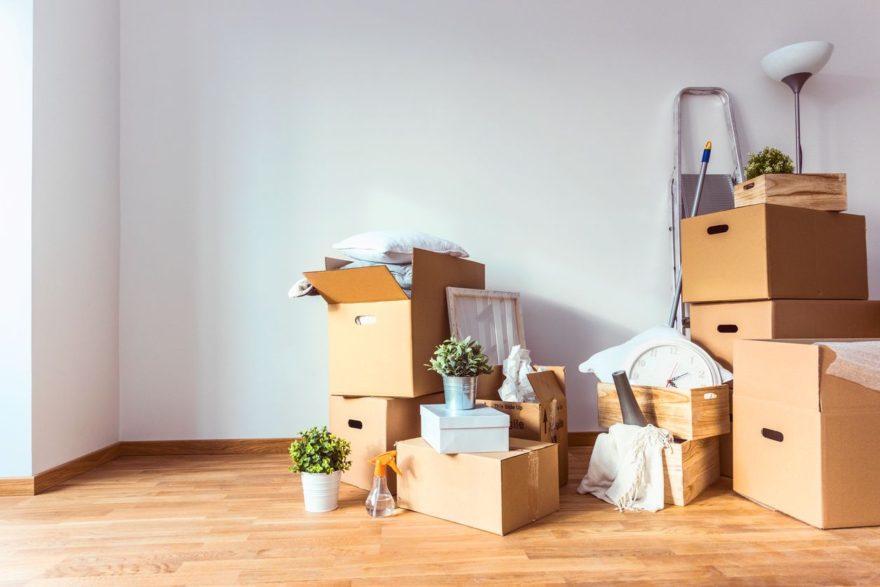 Top 5 tips for helping our aging parents (and clients) declutter

A House Full of “Stuff”

If you’re an adult with aging parents, chances are you’re probably going to be dealing with a house full of “stuff” in the near future. My dad still lives in the same house that he and my mom bought in 1978. There are scrapbooks and old photo albums hidden away in boxes in the attic; there are bookshelves in the basement full of obsolete VHS tapes containing family movies that haven’t been viewed in years; and, there are antique cabinets in the dining room full of Waterford crystal and Belleek china that exist merely as display items. But, I must bear some of the guilt for the volume contained in those spaces. The Lego set I received for Christmas when I was 10 still sits on the top shelf of the closet in my old bedroom, which is now my dad’s home office.

The Personal Representative and the Tangible Personal Property Memorandum

As an estate planning and probate & estate administration attorney, I counsel clients in choosing how their assets — including their stuff — will transfer upon their deaths. One of the most important decisions one can make when executing their will is deciding who will serve as personal representative. It’s this fiduciary’s responsibility to carry out the wishes of the testator — the maker of a will — after they die. Minnesota law defines this responsibility as, “a duty to settle and distribute the estate of the decedent in accordance with the terms of any probated and effective will and applicable law, and as expeditiously and efficiently as is consistent with the best interests of the estate.” [Minn. Stat. 524.3-703(a)]

Every estate plan should include a provision to provide for the disposition of certain assets according to a separate writing known as a “Tangible Personal Property Memorandum.” This allows a testator to direct how they wish some tangible items, with the exception of money, coin collections, and property used in a trade or business, to pass upon their death. [Minn. Stat. 524.2-513]

In practice, it’s this list where mom can decide which of her three children will receive her diamond engagement ring. It’s where dad can divvy up his gun collection to his family members. And it then becomes the job of the personal representative to collect these assets and distribute them to the named beneficiaries on the list. Any items of tangible personal property not included on such a list still becomes the responsibility of the personal representative to collect and distribute to the devisees under the decedent’s will.

Typically, when married couples execute their estate plans, they name each other as personal representative, then one or more of their children as successor personal representative(s). They both receive Tangible Personal Property Memorandums to complete. In practice, I rarely see these lists completed until the first spouse dies; they simply devise all their tangible personal property to each other under their mirror image wills. Even then, it’s not often that a surviving spouse will take the time to complete their own list after the first spouse dies, either.

“What Will We Do With All This Crap?”

So, what does this mean? If mom and dad don’t make a list, and if they don’t take time to get rid of the stuff in their house during their lives, guess who is left with that monumental task of cleaning out the house after both parents are gone? Yup, their kids, the reluctant successor personal representatives.

The task of cleaning out a home full of decades-worth of accumulation can be a monumental task. Just the thought of starting can be paralyzing. There are real costs associated with the task – taking time off from work, airline and meal costs, not to mention the pure emotional costs of handling all of mom and dad’s stuff after they have both passed away. The entire process can be overwhelming and time-consuming.

All of this assumes, of course, that the siblings get along. In practice, what I see more often are disputes between children, disputes not so much about how bank accounts or annuities will be split. That monetary division is easy. No, it’s which kid is “entitled” to get grandma’s quilt. Seriously.

As a summer associate for a small law trust & probate litigation law firm during the summer after my second year of law school, I sat alongside my supervising attorney during a two-day trial for a contested conservatorship case. Two of us on one side, three attorneys on the other, and we racked up billable hours litigating about “grandma’s quilt” during that trial. The resentment between siblings that can be created during such a process is tragic for many reasons, mostly because mom and dad would never have wanted to see their kids fight like this.

So, how can we as attorneys help our aging clients (and very often, our own aging parents) avoid some of these potential family conflicts? Do what the Swedes do.

Swedish culture has long embraced a concept known as dostadning — translated as “death cleaning” — the concept of decluttering before you die. A recent article in The Washington Post noted that while the concept of Swedish Death Cleaning may sound rather blunt and unsentimental, on the contrary, it’s a concept filled with care and concern over the notion that you should “take responsibility for your items and don’t leave them behind as a burden for family and friends” because “it’s not fair.”

Swedish author Margareta Magnusson penned a book, The Gentle Art of Swedish Death Cleaning: How to Free Yourself and Your Family from a Lifetime of Clutter, published by Simon & Shuster, where she asserts that the process of clearing out unnecessary belongings can be invigorating. She suggests that dostadning can be undertaken at any age and during any stage in one’s life; but she warns that the process should be done sooner rather than later before others are saddled with the burden of doing it for you.

5 Tips for Helping Our Aging Parents (And Clients) Declutter

While Swedish Death Cleaning might not be for everyone, I have five tips for those clients — and their families — who think it might work for them.

While I don’t normally bring up the concept of Swedish Death Cleaning by calling it by that name, I do tell my clients about the cross-country road trip that I took last summer with my 86-year-old Aunt Peg who embraced dostadning even before articles and books were written about it.

Even though she had already downsized quite a bit, when she turned 85, Peg decided that it was time to declutter even more. She explained to me that she didn’t want “strangers picking through my stuff at an estate sale” when she died. Nor did she want her good friend, named in her will as her personal representative, to be burdened with deciding who got what.

Instead, she spent months carefully packing up 22 banker’s boxes with books, family heirlooms, and other items of sentimental value. She flew me out to Seattle. We rented a minivan, which we packed to the gills. And for six days, we drove from Seattle back to Minnesota, stopping along the way for her to deliver these boxes personally to her beloved nieces and nephews.

I chronicled our 1900-mile journey via blog at drivingmisspeggyusa.blogspot.com.

Knowing what to do with our stuff, both during life and after death can be a daunting concept to think about. But consider the process that the Swedes have embraced and how it might prove valuable both to you and to those you leave behind.

Now, back to my dad and that house full of 40 years’ worth of stuff, before my mom died in 2011, she began to declutter their home in earnest, but my dad struggles to keep up the process. Now, my two adult siblings and I have taken it upon ourselves to offer dad assistance with dostadning, which he has readily accepted.

So, it’s time for me to go collect my Lego set. My only problem? What am I going to do with it?

Published in the 2018 March/April issue of the Hennepin Lawyer, a membership publication of the Hennepin County Bar Association. Used with permission. 612-752-6000 thl@hcba.org

Mr. Griffiths owns a law practice in Edina, specializing in estate planning and probate and estate administration. Before practicing law, he spent over 15 years working as a professional photographer in the Twin Cities. When he's not practicing law, Geordie likes to travel, do yoga, and spend time at his family's cabin in northern Minnesota. View all posts by George Byron (Geordie) Griffiths

2 thoughts on “MOM AND DAD, WE DON’T WANT TO CLEAN OUT YOUR HOUSE!!”